8th March, 2020 marks 108 years of International Women’s Day. It took a century for women to acquire equal rights as men in the society. A century later, women have the right to vote, education, work and dress themselves as they like. However, as progress has been made in regards to women’s status in society, does the same apply for their appearance?

The argument arises from a seemingly simple choice of color; pink or blue?

During our childhood, I am sure most of us had heard this statement,” pink is for girls and blue is for boys”. Obviously, it did not make sense in our young minds then, so most of us complied without giving it much thought. I was no exception. It was much later that I came to realize that this idea is one of the many stereotypes that segregates the sexes.

It is curious how something as impartial as color became a distinguishing factor between the sexes. But why only pink and blue from the vast color spectrum? Is there some biological theory behind it or is it a norm structured by culture and society?

Digging into history, this color-gender norm came into being only during the 20th century, probably becoming more prominent after World War 2. In fact, girls and boys were dressed in white and that too dresses till the previous century. With the emergence of pastels(pink and blue were widely used), children were adorned in colors other than white. The earliest reference to this color scheme appeared in a June 1918 edition of the Trade publication Earnshaw’s Infant’s Department:

“ The generally accepted rule is pink for boys and blue for girls. The reason is that pink, being a more decided and stronger color, is more suitable for the boy while blue which is more delicate and dainty, is prettier for the girl.”

The idea stuck around for a couple of years, with some contemporary publications also emphasizing that colors should not be decided based on the baby’s gender, but based on eye and hair color.

However, over time the clothing manufacturers sought to reject this statement and promoted the idea “pink for girls, blue for boys”. The practice escalated after World war 2, as corporate marketers promoted color-based distinction between boys’ and girls’ clothing. The motivation? It prevents parents from handing down clothes between siblings of different sexes, hence increasing the profits for designers and manufacturers. As an explanation of this divide, manufacturers simply stated that girls liked pink while boys liked blue.

A turning point in the history of gender-color norms came during the Women’s liberation movement of the 1960s and 1970s which emphasized gender neutral clothing. In an upsurge of feminism, the fashion industry went through dramatic changes- from bloomers to bobbed hair to unisex wear to gender-neutral color.

But as we rolled into the 1980s, making money ruled over all existing perspectives at the time and marketing teams managed to flip the paradigm yet again.

Moving into the 21st Century, color preferences take an interesting turn. The youth of the present day provides us with a mixed opinion when asked about their favorite color. A recent study indicates vast majority prefer blue to pink and that pink is actually one of adult world’s least favorite color.

So how did this shift in the spectrum occur? As it turns out, defining gender-specific colors has been a tug of war over the years with the end result being more or less a tie. Both colors( pink and blue) along with their hues are equally favored, regardless of gender.

However, we still tend to associate the color pink with femininity and blue with masculinity in some aspect or the other. Especially, while deciding clothing and types of toys for little ones.

The pink-blue color divide may seem like a trivial distinction between the sexes, but in reality, it paves way for other gender biases and forms the root of gender discrimination. Deciding on what a child should wear or what he or she should play with in order to conform to the so-called societal norms restricts it from exploring and having a mind of its own. Surveys show that children are not born into choosing a gender-specific color or toy, rather they are groomed into making such specific choices.

From wearing corsets in the Victorian era or being at home, women are groomed to look the part of femininity. And it starts from a young, impressionable age when a child is getting to know its surroundings. The quote holds true,” One is not born a woman. One becomes a woman”.

But we shall not exclude the male party from this issue of gender discrimination for they are affected equally. The need to “be a man” as defined by our society puts pressure on the individual. Boys are told to be aggressive, that they cannot shed tears, that they need to indulge themselves into sports that involve physical strength. Basically don’t do anything that is considered to be “girly”( for example- play with dolls, learn dance, etc). Any male indulging themselves in activities that are “girly” are often looked down upon or labeled as “gay”.

Boys placing themselves on the pink side of the spectrum are assumed to be hinting at their homosexuality with the well-known logic of ” boys who like boys are basically girls.” Nazi concentration camp badges included a pink triangle for gay men, while lesbians were lumped into an ‘asocial elements’ group with a black triangle.

However, in the late 60s, with the rise of the LGBT movement, the balance shifted from the color of shame to that of pride. This brought in a new mindset-” Pink and Blue make purple”. Purple covers everything between red (pink) and blue, and challenges fixed and extreme gender roles. Instead of just two labels-male and female, we have many, as portrayed by the LGBT rainbow flag.

In the end, we shouldn’t associate our sexuality or behavior with the colors we choose. We are free to choose between pink and blue, unguided by society. And this openness comes from a young age, with good parenting. It is crucial for a parent to understand that a child can be whatever it chooses to be. We live in a time where traditional roles are questioned more often than before. A girl can like shades of blue and can love playing with cars and a boy can indulge in cooking and like hues of red or pink. Who knows, that girl grows up to be an F1 racer and that boy becomes a Michelin star chef in the future.

So, choose any color you like, irrespective of gender, society or culture. For, choice of color doesn’t define who we are, it’s our thoughts and actions that do. 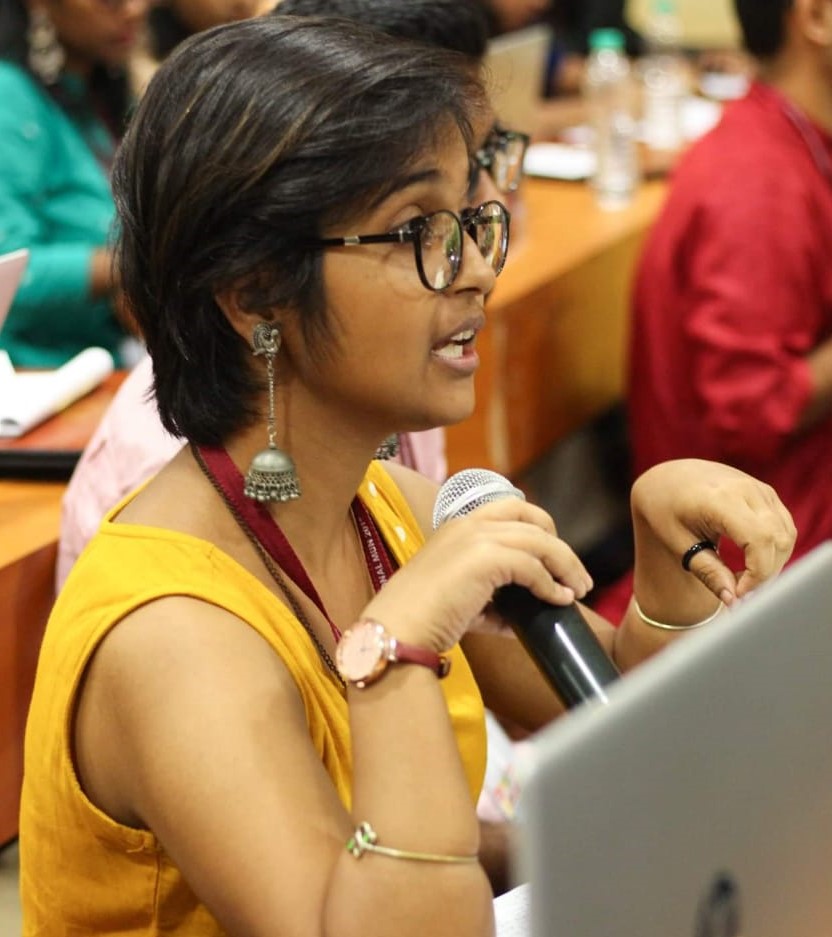 The article and the cover image are the compositions of aspiring computer engineer Meghna Chakrabarti. Follow her stepping stones at Tumblr and Facebook. The view shared here are her own, and she is excited to hear your opinion . The blog was originally published on her personal Tumblr page on 6th May 2019. Here, republished with permission. 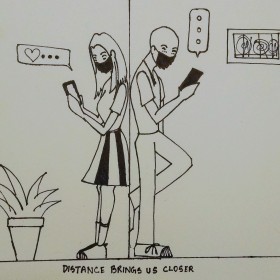 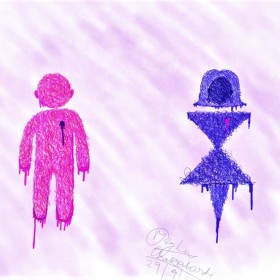 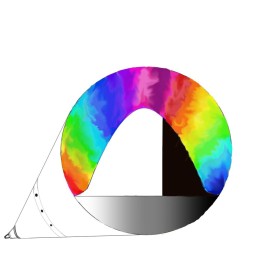 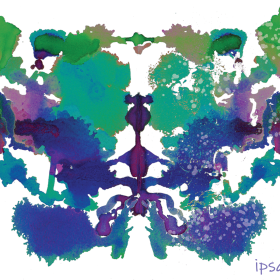